Banbury Star CC successfully defended the Leiden Plaque trophy with the 2016 event on the 25 mile H25/17 course near Cumnor. The 54 riders who started the event faced a challenging introduction on joining the A420 due to the 15 knot on-the-nose headwind which lasted for the entire outbound leg not exactly conducive to achieving PBs.

The return leg saw an increase in speeds and eventually some respectable times being set.

Based on the times of the four fastest riders from each team, Banbury Star CC were declared the winners of the Leiden Plaque 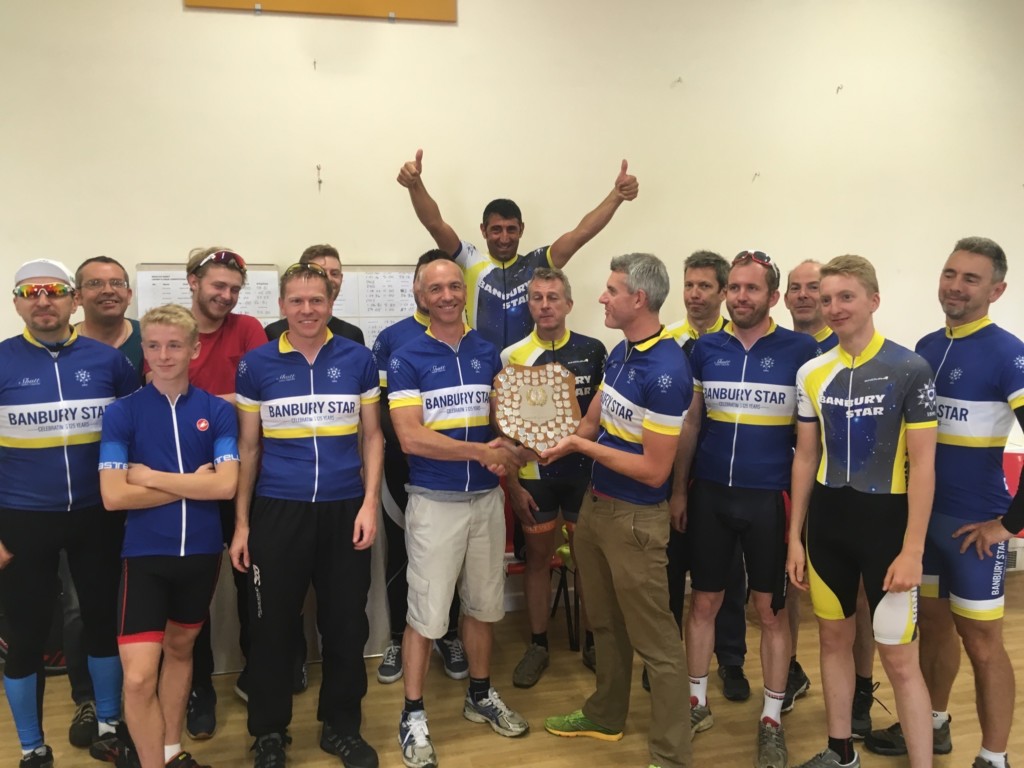