It generally starts about 5 days before. Flick open the lap top. Click on BBC weather. Ok, so, next Wednesday: Wind speed, direction, temperature. Great, wind from the South West, which should blow hard at my back all the way up to the Herb Centre. But its 14 mph, cross winds on the Stratford Road. Bother.

And so it goes on. Checking Wednesday’s weather, every day, or sometimes several times a day.  With every forecast change, a cycle of eager anticipation or dashed hopes that next Wednesday will be that most elusive of evenings: A PB Night. 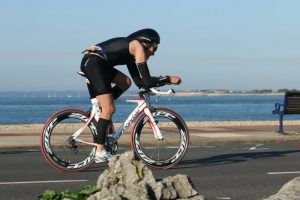 A PB Night: The satisfaction that comes from knowing you have ridden a few seconds faster than before and that, even though your legs hurt when you go up-stairs, you know they have been tested in a PB winning cause. When you get home hungry because you emptied the tank, how much better your supper tastes. And, how much you can talk! Post PB euphoria. As you take your nearest and dearest through every pedal turn, every unexpected gust of wind, how you might get a bit quicker if you blast it harder out of the dead turn at Wroxton.

How you devour the results once up on Facebook. I only joined Facebook for the results on TT night. And how the results provide you with another source of endless conversation, usually a bit one sided though as your partner was fast asleep long ago! The comparisons to be made: He was on a good night! But what happened to him? I was quicker than such and such – never happened before! But slower than him, how did that happen?

Maybe it was a ‘slow night’, that inexplicable evening when you don’t nail a good time. When, for your own sanity, you have to ignore all those who did do a quick one.

Or maybe it was a ‘fast night’ with lots of smiling faces eager to bother Keri for their times whilst he is still turning mental summersaults getting the times down right. Then, the questions start: Did I only go faster because everyone else did?

The weather is out of your control, you know it is, but you cling to the illogical hope that the wind will die down, and dead on 7-18 pm as Keri counts you down (do a good ride). But what about all the things you can control. A god-send to the obsessive. I have lists of all the things that might just, (might, just) make me a few seconds faster. What a Pandora’s Box of choices that opens-up. Enough for hour upon endless hour of surfing the Inter-web. There is just so much that promises that PB Holy Grail.

What about disk wheels? Which one though? Will I get the most benefit from that or from a new carbon aero bar set up? And skin suits. Are the ones with ribs quicker? Does a £400 one really make you faster than a £200 one? Really? And Trip-Socks? What is that about?

It is quite possible to turn your finely tuned mind to a malfunctioning mush by the shear choice of options that promise to make you go faster.  To avoid ‘spaghetti head’, the best game to play is ‘OK, so, if money was no object what would I have?’ But even that way, madness lies.

All this is, of course, ignores the first, empirical rule of time trial, the faster and harder you kick the pedals round the faster you are likely to go, and that involves a modicum of training! But what is the best training plan to follow………..

I think you get the idea now. The common bond between those who turn out time and again, is that we are all in search of just the very slightest, fleeting glimpse, of that elusive feeling that we call contentment.