Friday night’s 2018 annual dinner and awards evening at the Castle at Edge Hill was a great success and special thanks must go to Ila Pearson for all her effort and organising skills.

Long distance cyclist Steve Abraham gave an inspirational speech on the trials and tribulations of trying to ride 76,000 miles in a year and break the distance world record that was set in 1939. Added to this Steve rode from Milton Keynes to Edge Hill to be with us. He was the last to leave at around 11pm and in the cold and fog, he then rode back, arriving home at around 2am.

Steve also presented the trophies to the all winners who were in attendance. The full list of trophies awarded for the club’s 2018 season are given below, together with the appropriate winners. Special mention should go to Simon Kisley and Keith Barcock who both won three trophies and Simon Bull and Blaine Carpenter who both won two. Also Naomi de Pennington and Ila Pearson were the first recipients of two new trophies awarded to women riders. 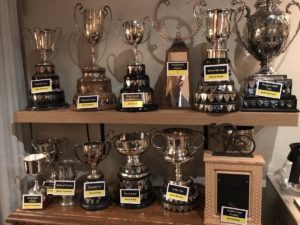 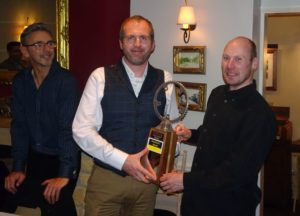 Finally, probably the most well deserved award of the evening went to Mark Boyles who was awarded the President’s Trophy. This award has nothing to do with winning, but recognises a member who has made an outstanding contribution to the club. Mark’s vision for the club and how its profile could be raised further still with the introduction of a more organised and structured approach via his race squad proposal has been an outstanding and quite rapid success.

Edmunds Cup    Simon Kisley The oldest cup in the club’s possession, presented by the then President, Col. Edmunds in 1913. In 1939 the donor consented to have the race changed from a 22 mile to a 30 mile time trial (handicap section).

Manners Cup  Pete Belsey Presented to the club in 1926 by Mr F W Manners for the handicap winner in a 25 mile time trial.

Friswell Cup    Simon Kisley Presented in 1938 by Alderman. J Friswell and awarded for the fastest time for the Warwick and Back ride. From 2016 onwards, this event uses the K4/25W course. 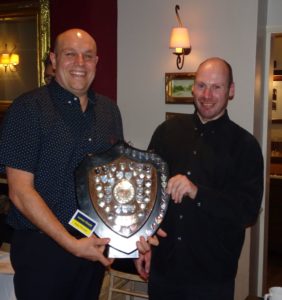 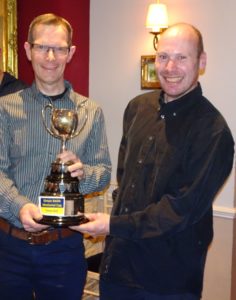 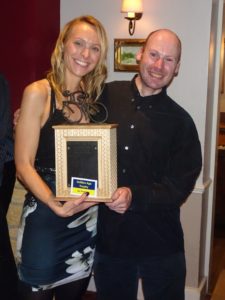 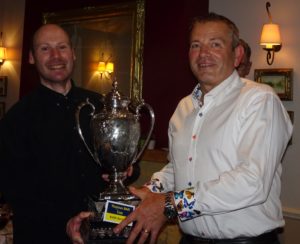 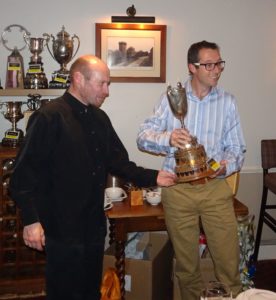 Russell Memorial Bowl    Simon Kisley This cup was subscribed in 1943 by club members in memory of Jim Russell and is awarded to the fastest rider in the Russell Memorial 25 mile TT.

Thomas Best All Rounders Cup    Keith Barcock  Presented to the club in 1947 by Dudley Thomas and now awarded to the fastest male rider over 10, 25 and 50 miles.

Wali Shield    Simon Bull Presented in 1978 by Mick Furn and awarded to the most successful rider in road races during the season.

Bolland Trophy       Blaine Carpenter Presented in 1983 by Mr and Mrs J Bolland for the rider under 21 years of age gaining most points awarded for all club activities.

Trinders Trophy    Ian Maconnachie Presented in 1987 by Trinder Bros. Banbury, for the winner of the club Freewheel contest.

Thomas Veterans Cup     Keith Barcock Presented in 1989 by Mrs Vi Thomas and awarded to the best veteran on Standard over 10, 25 and 50 miles.

Simon Smith Memorial Cup    Simon Bull Presented in 1989 by Mr and Mrs Smith in memory of their son, Simon, and is awarded to the fastest rider over 10 miles in any event.

Broadribb Trophy      Naomi de Pennington A new award for 2018 and presented by Broadribb Cycles, it’s the women’s equivalent of the Durran Cup and is won by the fastest woman at the Burton Dassett hill climb.

Golden Age Cycles Trophy    Ila Pearson Another new award for 2018, in conjunction with Golden Age Cycles who want to encourage more female participation in our time trials. Awarded for the fastest five results on our 20k course.

President’s Award    Mark Boyles Commissioned by former President Nicky Xandora in 2012 and awarded to the member who has made an outstanding contribution to the club.