The club’s season opening time trial, the annual Hardriders TT sponsored by Hook Norton Brewery, again lived up to its name. A bitterly cold Sunday morning and a fresh breeze from the tail end of Storm Jorge greeted a strong entry of 70 riders. During this long period of wet weather, riders were at least able to compete in some welcome sunshine with the 23 mile course remaining largely dry. The wind made for a very tough outward leg and even during the return, gusting cross winds provided challenging conditions. 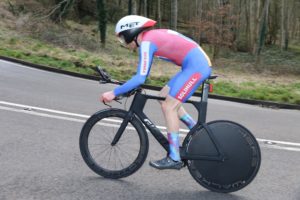 However, the conditions, which include both a descent and ascent of Sunrising Hill, clearly suited winner David Fellows (Solihull CC), whose time of 52 minutes dead, won him the Broughton Cup. He was only 22 seconds outside the course record and nearly a minute clear of second placed David Mead (Race Rapid) on 52m 58s. Just 12 seconds further back in third was two time winner Jack O’Neill (Team Jewson) on 53.10. In fourth place was the first Star rider home, Tobias Wiesand, on 54.09, who put in a great ride to beat the 2012 club record for the course by over 3 minutes. 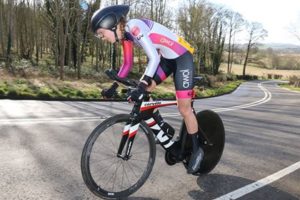 Young Harry Kirby put in a great ride to win the junior category with a time of 56.14, which put him an excellent 12th overall.

The team event was won by JRC Shutt Ridley RT, whose riders, Blaine Carpenter, Simon Smith and James Lloyd had a cumulative time of 2.47.00, with Banbury Star finishing second. 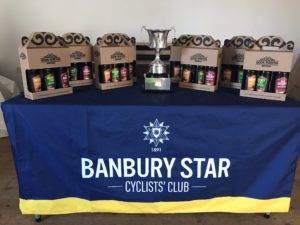 Thank you again to all the volunteers and kitchen helpers who turned out to give their support and make this another successful event. Also of course, special thanks to our event sponsors Hook Norton Brewery and to our TT secretary Oli Wright for organising the whole thing.

The full gallery of photos can be viewed here.