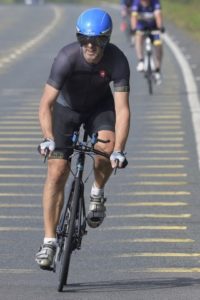 Paul Dean, President. “I’ve cycled ever since I can remember, whether it was to and from school (parents driving you? not a hope in those days!), using it on my paper round or riding one of the first mountain bikes imported into the UK.

I fondly remember my first Banbury Star club ride back in July 2014 when 6 members gave me what felt like the club’s initiation ceremony up Larkstoke Hill. Undeterred by a previously unattained heart rate and suffering the humility of being dropped for the solo ride of shame back to Banbury I returned for more pain the following week and subsequently immersed myself in club life, enjoying the history of such a proud club with its rich history.

I was highly honoured to be voted as Club President and do my bit to build the club for the future generations of cycling enthusiasts. Any club is only as strong as its membership and committee and Banbury Star is fortunate to have such a great team who are doing so much to help fulfil the potential of this proud club, positioning it as a key part of the Banbury community”. 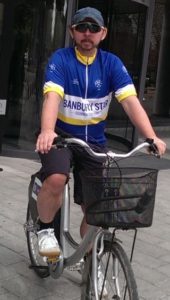 Andy Perry, Membership Secretary. I was never much of a cyclist in my youth once I got behind the wheel of my first car and probably wouldn’t be cycling now if wasn’t for a previous boss who got all his direct reports into a Sprint Triathlon. Thankfully you could do it as a team so I picked cycling. Once the event was over, I continued casually cycling on my own with no great expectations, but I finally braved the last “come and try” event hosted by BSCC in an August having put the idea off all summer!

Just like everyone else I was nervous and not wanting to show myself up. Unfortunately, I fell off as I stopped at the meeting point; oh well, a great introduction!

Ever since, I have become more serious about my cycling and prefer the endurance side of things. Cycling from West to East UK in a day with a like minded group of fools being the highlight so far. 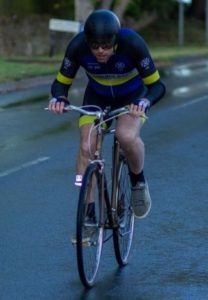 Matt Sleath, Treasurer. “I got into cycling a fair few years ago after I had completed all the other sports. Having a few years in the sporting wilderness, that’s pies, pastries and penguins, I desperately needed to get fit again, so took up spinning in 2012. The following year I decided that instead of spending hot summer days in a spin studio, I’d bite the bullet and buy my first road bike for a decade. Through spinning I’d met Star member Steve Rooney, who had a Cannondale for sale. After that I haven’t looked back, only the number of bikes owned has grown substantially.

I join the club in 2016 to continue group riding, following a cycling holiday in Mallorca. Initially just to do a couple of club rides a month, this quickly turned into two rides a week. A brief foray into crit racing then led to TTs and a more active involvement role in club life – becoming treasurer in 2018.

Family life and an aversion to mudguards now limits my club riding, but I try to race as much as possible. This, coupled with my love of cycling in Mallorca, has had a massively positive impact on my life and I don’t see that changing anytime soon”. 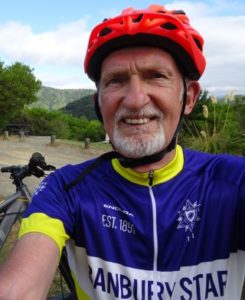 Roger Gollicker, Press Officer. “I’ve been riding bikes since the early 1950s and have always loved the freedom they give you. Riding to school was the norm and my first school holiday job was delivering groceries on a bike with a big basket at the front. I’ve always liked long distance touring having cycled both Land’s End to John O’Groats and Coast to Coast routes twice, as well as many tours through France. Mountain biking is also a big passion of mine and I recently bought a new mountain e-bike – something I thought as a keen cyclist, I’d never do. I only acquired my first proper modern lightweight road bike about 15 years ago, which together with retirement, sees me riding now more than ever before.

In spite of all the above, Banbury Star is the first cycle club I’ve ever joined. It was a great decision enabling me to make new friends and to take part in club rides and activities.” 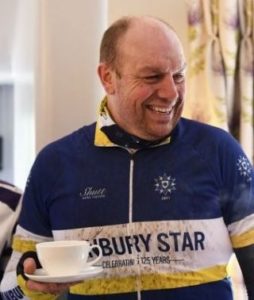 Dave Pittman, Club Secretary and Welfare Officer. “As a 70’s child, bikes were probably the main thing any child wanted. A bike gave you the opportunity to play out with your mates and go anywhere.

Over the years I’ve had many bikes, even Choppers and Grifters. Then the BMX era came and I got a silver Peugeot BMX for Christmas. I tried racing, but that was short lived after I broke my ankle. My first road bike was a green Puch and I remember racing around and falling off often.

As I entered mid-teens, cycling faded away, and it wasn’t until 2010 that a Cavendish win inspired me to get a bike again. On a Specialized Allez I set out, thinking how easy it was back in the day, spending hours riding, not even out of breath, but after only 3 miles I felt awful.

I joined Star in 2016 and am proud to be part of this historic club and able to contribute what I can. Either though my role as Club Welfare Officer, helping marshal events or by other means. I’ve been involved in the 2014 TDF, the Tour of Britain and many track events in Manchester. I’m also a Commissaire for British Cycling. Volunteering for me is as much a part of cycling as it is riding bringing many rewards”. 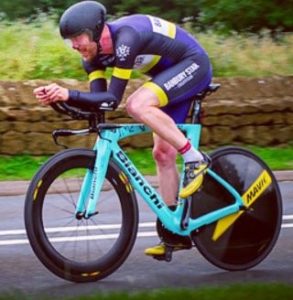 Mark Boyles, Race Secretary. “I’ve been a keen cyclist for around 9 years and came across BSCC when I started time trialling to improve my triathlon bike times. A few years later I dropped the running and swimming and focused on two wheels.

Over the past few years I’ve been involved in the promotion of racing, seeing a big increase in club members’ crit and road racing and a record number now racing in open TTs. I’m especially keen to promote female and junior cycling, and there is nothing more rewarding than seeing our juniors race in the club colours.

I enjoy leading training sessions on the road, or virtual on Zwift and find leading club rides rewarding.

Favourite times have been riding Lands End to John O’Groats with village friends for charity and spending a day on the cobbled climbs of Flanders, Then in 2019, when members of the club raced in Warwick town centre and young Tobi Ng won the Cat 3 race in front of club members including some juniors. 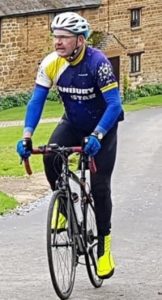 John Tustian, Ride Secretary. “Squash was my main sport for 35 years. Unfortunately, knee problems were becoming a constant issue so I was advised to give the game up immediately. A physiotherapist advised me that I needed to build my quads up and recommended I take up cycling, so in the summer of 2014 I bought a road bike, I’d not ridden a road bike since I was 15 years old.

I started to cycle around the countryside every weekend with a friend. A year later, (July 2015), we joined Banbury Star. I must admit I was very nervous at first, I’d never ridden in a group before and didn’t think I would be able to keep up, Thankfully the members were very friendly and welcoming, I could not wait for the next weekends club ride. I was hooked…. it’s great meeting up with so many different characters at the coffee stops and the local countryside is so beautiful to ride around.

Mostly, I enjoy club rides, but I do like to go on cycling holidays, they are such great fun. I’ve ridden in the French Pyrenees; Tuscany, Italy; Lanzarote; Calpe/Moirara, Spain”. 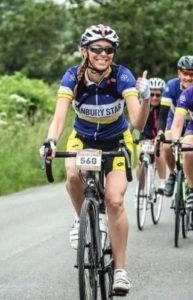 Ila Pearson, Women’s Representative. “I remember my first club ride back in 2016, I was nervous, but determined to give it a go and just hoped I wouldn’t make a fool of myself or hurt myself by crashing.

Before joining BSCC, I was a runner and triathlete, my only experience of riding a bike was a means of getting from a swim to a run! It was fair to say my cycling ability was lacking.

My first real road bike being a Carrera, red, white and blue paint job. I was always really concerned about the saddle being too high, and would position myself close to the floor.

I still enjoy competing in endurance events such as Ironman triathlons, and marathons, but now with a passion for cycling. I’m learning a lot from the club and despite an aversion of descending and cornering (wet, windy or otherwise!) I have an ever-growing passion for racing, and hill climbs. However, my repertoire of terribly fruitful language makes me question the latter.” 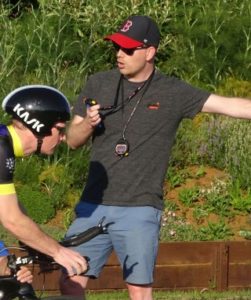 Oli Wright, TT Secretary. “My Dad was my inspiration in to cycling when I was a lad, who raced to quite a good amateur level in the West Midlands. I would watch the Tour with him on TV each July when in those days, it was just a 30 minute highlights show. My parents gave me my first drop bar road bike when I was about ten. I then learnt to build bikes, something I’ve always done since.

I rode my first club 10 TT with Corinium Cycles around 1994 posting a time of about 33 minutes and continued riding through my teens. I recall as a teenager watching Chris Boardman smash the pursuit world record in the superman position as well as watching other events like the Milk Tour.

University then followed, and I stopped playing sport, but then found cycling again at the age of 26. I joined Bicester Millennium CC and later becoming Chairman.

I left BMCC a few years later when I moved to Banbury and then joined BSCC. I started racing again and have since done some track racing as well as TTs. I became TT Secretary a little while ago, as I wanted to put something back into the club and support people like Keri Williams in particular, but also the many others who help to make the events each Wednesday work so well”.