Lydia Watts reveals her experience of Gender Inequality in Cycling

Having entered the sport at the tender age of 14, the gender inequalities in cycling were unknown to me. Like a lot of people of my age I bought a bike after being inspired by the London 2012 Olympics.

There are numerous reasons why I did not notice the inequality in cycling.  Firstly perhaps, the club I first joined back in 2014 was Banbury Star and its president at the time was Nicky Xandora who showed great enthusiasm towards me and she was keen to get more females into the club.

When I bought my first road bike I got a sense that the sport was dominated by men. This being due to most entry level road bikes being branded for men, with male saddles and wider handlebars, which cause discomfort for female riders.  A factor that can be enough to put women off the sport as the extra expense to change all these add up and cycling is an expensive sport on its own.

The second reason the inequality between genders was not apparent in those early days was due to the youth racing I had experienced. At the youth level there are lots of events held by British Cycling such as the Closed Road National Series and Regional School of Racing (RSR). RSR was a scheme that I attended (sadly phased out now due to lack of funding) which held sessions during half term with selected riders from each region. Here we would discuss training, races and act out race scenarios and talk tactics. These sessions were mixed gender allowing us to make friends, push each other’s abilities and learn from one another. 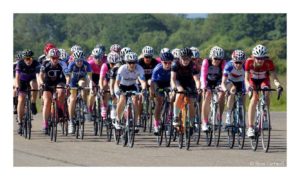 That’s me far right and at that moment in time, just leading the pack

It was not until the 2017 road season that it hit me. Moving up from the Youth section (U16) into the junior ranks (U18) means many things – some better and some worse. At junior level the significance of being in a team becomes vital as cycling becomes a team sport and you focus upon the team result. This is in direct contrast to youth level where every rider is out to get the best result possible.

The positives of becoming a junior rider are that you are now allowed to race on the roads – benefitting riders like myself who have a somatotype suited for endurance. The gear restrictions change allowing you to ride a 14t cassette if the rollout is under 7.93m. (The distance travelled per crank revolution)

Then there is racing with the women. A huge positive, but also a negative. This is because there are not many females who race, which mean races at Youth level are generally poorly attended unless it is a National.  Whereas, most women’s races have a big field, which makes it more of a race and exciting. However, as I am only 17 my muscles are not fully developed and racing on restricted gears against other women who are not restricted and are often many years older than me creates a challenge which is fun but also unfair. I noticed this in road racing with long downhill sections where I was at a disadvantage due to my gear ratio but in circuit races I was fine.

Having ridden with several clubs and having had numerous encounters with other female riders over the past few years I often ask why don’t you join a club?  You get to ride with other passionate people like yourself, advice is shared, and you get to push yourself out of your comfort zone.  The reply is frequently “I don’t think I’m fast enough” or “I don’t want to slow them down”. One thing I am passionate about is my love of cycling. Since taking up the sport it has benefitted me greatly and it definitely pushed me out of my comfort zone joining a club full of adults at age 14.  I have seen vast improvements in my school work resulting in me achieving several grades higher than predicted in my GCSE’s. Why?  Because cycling has given me confidence and it’s given me hunger allowing me to strive to be the best I can.  Lastly time management is needed with fitting my cycling routine around my studies. These attributes can be mirrored across to my academic studies and everyday life. Furthermore, I hope other riders, not necessarily females, feel they can join a club. Don’t be put off if you don’t have the gear or your fitness isn’t great because everyone must start somewhere!

2017 marked some significant changes in junior women’s cycling.  It was the first year we had our own National Championship – prior to this we had to race in the Women’s National – against elite riders like Laura Trott and Lizzie Deignan. 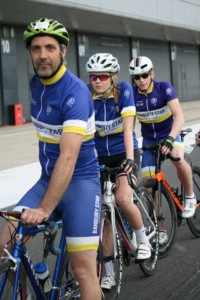 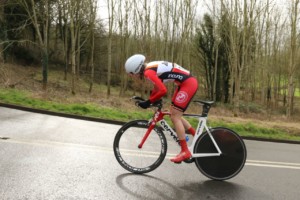 So, what’s next?   2018 marks another exciting step towards gender equality in cycling. A National Series is being launched for junior women, which is about time, considering the junior men have had one for many years. I am very much looking forward to riding these events next year with my new team and to see what we can achieve!  Inequality may be being resolved within British Cycling yet it’s still prominent within the UCI.  September saw the minimum wage of a professional male cyclist increase yet professional women are still without a minimum wage causing some female riders to balance two professions to make ends meet.

I had been thinking about writing this blog for some time, but I became enthused to pursue it the other day when myself and another club member headed to Bicester Village to explore the new Rapha store (still ridiculously overpriced). I was casually looking at clothes and was greeted by a member of staff asking if I would like help in finding a gift – presumably he thought I was buying for a guy. I told him I was looking for myself and was soon shown to a tiny section for women.